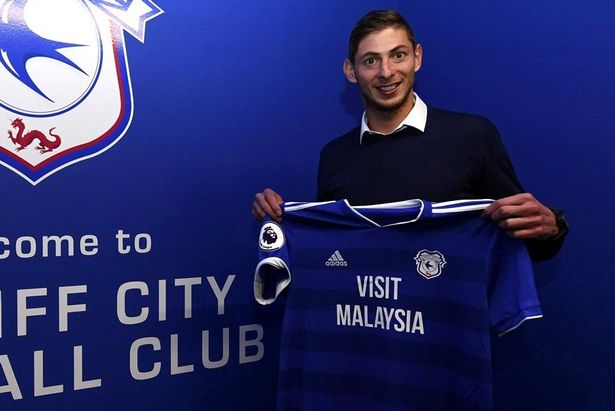 Often, we use sports to escape from the horrors of life. War, political discourse, anger, hatred: they all cease to exist for the few hours we turn on our televisions and see people we look up to and adore take the field. So, what is one to do when the horrors of the real world make their way into the safety net of sports?

For those who don’t know, Cardiff City sit in 18th place in the Premier League table. In the Premier League, the bottom three teams are relegated to a lower league at the end of the season. One of the knocks on Cardiff throughout the season is that they have an issue scoring goals. So, when the January transfer window opened, they made an effort to improve in that area of the pitch, signing Emiliano Sala from FC Nantes for a club-record fee. Sala is a 28 year old goalscorer who secured a dream move to the EPL after notching 15 goals in all competitions through half of the season. After the move was announced, he hopped on a plane to join up with his new teammates. Before takeoff, Sala sent an ominous message to his friends from Argentina via WhatsApp that he was afraid because of the conditions of the aircraft.

Two days later, the plane has not been found, and there are no assurances that it will be. Today, the search and rescue teams in charge of the operation announced that they are now assuming that this has become a recovery operation.

280sq. miles of our targeted search pattern using multiple aircraft from the Channel Islands, France and U.K. has been completed over the last five hours.

There is as yet no trace today of the missing aircraft.

After an intensive search using multiple aircraft and one lifeboat over the last nine hours, we have found no trace of the missing plane.

With the light now fading, the search will shortly be suspended for the night.

There is still hope that perhaps he and the pilot–the lone two people on board–will be or have been recovered, but that hope dims with every passing hour, especially as the search has been called off for the night. Fans have gathered in France and England to pray for him and chant his name.

At times like this, it is all that we can do. We do not want to mourn his death–especially as there has been no confirmation of the status of the man nor the plane–so we celebrate his life. Celebrate the man who was supposed to be a shining light and savior for Cardiff and has provided the Nantes fans with so much joy. The world hopes that they find something, anything, to give us a glimmer of hope. A 28 year old should not be cut down in his prime due to a freak accident.

So, to answer the question, what do we do when the horrors and darkness of the world invade our own personal happy places? We look for light, we pray, and we celebrate life. We will not falter and we will not give in. We hold out hope that the best will come out of the darkness.