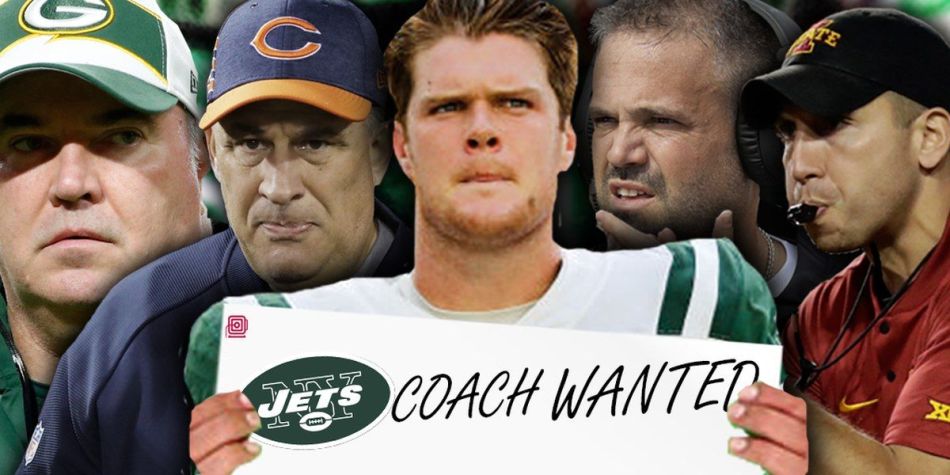 I feel like we just overthrew a dictator with Todd Bowles finally being fired as Jets head coach. If you remember, I’d been calling for his bleak regime to come to an end since the 2016 season. After three straight double-digit loss campaigns, CEO Christopher Johnson finally pulled the plug on the Bowles experiment, launching us into the next era of Jets football.

With Darnold boasting the makeup of our first franchise quarterback in the 21st century and a plethora of cap room, the decision as to who will right the ship is one of the most crucial in the turbulent franchise’s history. It’s crazy to think that the Jets have only had one coach (Parcells) to finish his tenure with a winning record (not counting Al Groh’s lone 9-7 season).

Here is a list of potential candidates, in no particular order, I’d like to see become the 19th head coach of the New York Jets in 2019.

Mike McCarthy – If McCarthy wants the job, it’s his. The ex-Packers coach has only agreed to interviews with the Jets and Browns, which is a good sign speaking to the appeal of the NYJ job among the eight openings. McCarthy checks off a lot of the boxes as a savvy offensive minded leader for Sam to the Jets brass. With a Super Bowl victory already under his belt, the Pittsburgh native boats a certain pedigree the Jets organization hasn’t seen since Parcells came to the rescue in 1997, making the 55-year-old an easy sell to the fanbase starving for consistency. Many have compared McCarthy’s second job to Andy Reid going from Philly to the Chiefs earlier in the decade.

Adam Gase – I could see some of my fellow Jets fans being surprised at me having this name on the list. I don’t think Gase got a fair shake from Miami, and I’d be open to the idea of having him groom Darnold. Going 23-25 with a playoff appearance navigating the Fins can’t be deemed a total failure, right? Another thing I like about the 40-year-old, he’s played the evil empire known as the New England Patriots tough, taking the last two match ups on his home turf (or shitty grass field for that matter). Sign me up for a Gase change of scenery. He was also 5-1 against the Jets the past three years.

Jim Harbaugh – Big game hunting. After another failed season in Ann Arbor, could Jim Harbaugh be planning his exit from Michigan? It would take a lucrative offer and may cost Maccagnan his job, but whatever Jim wants he gets if he’s willing to don the green and white as Bowles’ successor. Harbaugh would be the perfect personality for NYC, and brings a fresh vigor to the franchise as someone who already had success at the NFL level with mediocre quarterbacks in Alex Smith and Colin Kaepernick.

David Shaw – Definitely a long shot, but always worthy of a call. Shaw seems content with staying at his alma mater, rather than testing the NFL waters in the head coaching capacity.

Kliff Kingsbury – A name that’s heated up this week, even though he’s accepted the OC job at USC after being fired by Texas Tech in November. He’s already locked in known interviews with the Jets and Cardinals, as both franchises look to pick his innovative brain when it comes to the new age of offense in the NFL. Kingsbury is helped by having connections with the next generation of stars behind center in Baker Mayfield and Patrick Mahomes. He actually suited up for the Jets as a backup quarterback during the 2005 season. Jamal Adams, Marcus Maye, and tight end Chris Herndon have also gave Kingsbury their stamp of approval on Twitter.

At just 39-years-old, he’d probably be better suited as an OC before jumping up the ladder as the top dog of an NFL franchise. Check out the legend with Jessica Simpson below.

Matt LaFleur – Everyone in the NFL is searching for the next Sean McVay or Matt Nagy. LaFleur could be the next name in line. A former college quarterback, the 39-year-old recently served under Kyle Shanahan as his quarterback coach in Atlanta and was Sean McVay’s offensive coordinator last season, before taking the same job in Tennessee. With ties to some of the brightest minds in football, LaFleur makes sense as a name teams are going to want to speak with in the coming weeks.

Jim Bob Cooter – JBC. Who has a better name than Jim Bob Cooter? This guy lives up to his alias after sifting through his Wikipedia page, which sees a DUI charge in college and climbing through a window to get into a woman’s bed in 2009. Charges for the aggravated burglary were later dropped.

Back to football, JBC took over the Lions OC job in 2015 at just 31-years-old and survived the regime change from Jim Caldwell to Matt Patricia, but will be back on the market since his contract wouldn’t be renewed for 2019. Another young offensive mind worth talking to, but this would be a tough sell to the fanbase as another risky hire.

Todd Monken – Monken is someone I really wasn’t familiar with until I kept reading about the Jets interest in him. I figured Dirk Koetter was in total control of the Buccaneers offense, but it wasn’t until he gave the keys to Todd and his vertical passing game later into the season, that the team finally flourished with Jameis back under center. He also has some head coaching experience with three years down at Southern Miss, which should be deemed a plus. Monken is cousins with current Army head coach Jeff Monken.