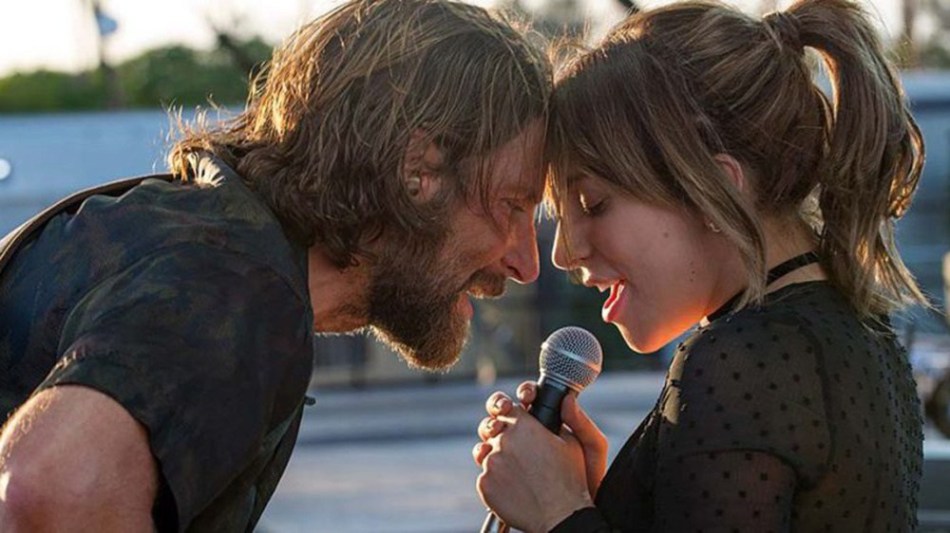 Do you want to know when I knew A Star Is Born was going to be a hit? It happened the second Lady Gaga grabbed the mic in the trailer and let out a “haaaaaa ah ah ah ahhhhhhhh.”

I tweeted this out over a week ago and after reading reviews from the Toronto International Film Festival, the sentiment remains the same. The hype for A Star Is Born is meteoric.

The hype for #AStarIsBorn is mind blowing. It's not as big as superhero or Star Wars hype, but I can't remember the last time an awards season movie drew this much excitement. P.S. I'm totally on the hype train. Bradley Cooper is my dude

A Star Is Born has been on the radar of many film enthusiasts since the official announcement in 2016. The notion that Bradley Cooper would make his directorial debut with Lady Gaga is major news because of the possibilities it presents. Cooper has never stepped behind the camera and Gaga has never starred in a film of this nature. How will these two coexist on screen? Will the chemistry seem real? Will Bradley Cooper be able to sing onscreen and will his voice be able to compliment Lady Gaga’s? You could make a movie solely on the anticipation and question marks around this film.

Then, the trailer dropped and people FLIPPED OUT. (I did too, by the way.)

If trailers could win Oscars, A Star is Born would sweep every major category. Before its premiere at the Venice Film Festival, stories began to surface about the filmmaking procedures. There was the time Cooper wiped off Gaga’s makeup because he wanted her to be “completely open.” There was the story about how Cooper convinced Lorne Michaels to let him use the SNL stage for a performance in the film. Finally, after the premiere in Venice, the initial reviews swept the Internet by storm.

A Star Is Born is not good. It’s great.

Lady Gaga’s ‘A Star Is Born’ gets eight-minute ovation in Venice 👏 https://t.co/lFXu9RvZZc pic.twitter.com/DzMm6CbOHX

How good is #AStarIsBorn? It's a total emotional knockout, directed by Bradley Cooper on a high wire of emotion, and he and Lady Gaga are stunning together. This is what movies are all about. My review from Venice: https://t.co/mjZncnuolx

Plus, Lady Gaga made a spectacular entrance on a boat.

Lady Gaga in Venice today ahead of the premier of her oscar buzzworthy movie ‘A Star Is Born’ 🇮🇹 pic.twitter.com/RVvIPIsXgo

Fast forward to the other day when the film screened at TIFF. More critics have now seen the movie and more positive reviews have occurred. This movie is going to be special.

I don’t often say this, but:

Believe the hype behind A STAR IS BORN.

A familiar story delivered in a refreshing, raw, heartbreaking and poetic way so that it feels fresh again.

Cooper gives a career best performance and Gaga is a revelation.

I was a puddle after seeing it. pic.twitter.com/pJ9HpX9r3x

Just experienced a film that is beyond words. Never been moved like that in the cinema. Sat thru credits crying. Lights came up. Security guard asked me if I was ok & offered me napkins.

happy to report A Star Is Born is really good and Gaga is fantastic. the way it deals with addiction, and especially the tumultuous experience of loving someone through their addiction, really got to me. also great bathtub scenes #tiff18

All the buzz you're hearing about Bradley Cooper's 'A Star is Born' is true. Absolutely LOVED it and can't believe this is his first feature. Also @ladygaga is just incredible and will be nominated for an Oscar for her performance and Best Song. Can't recommend this movie enough. pic.twitter.com/q3tFtbUAAa

A STAR IS BORN will win Best Picture.
Haven’t been this certain on a #TIFF call since I called it for THE ARTIST a few years back. I feel just as sure with this.
It could even sweep the board at the #Oscars. I don’t think it will, but the potential is there.
Splendid movie. pic.twitter.com/526xYaVgHc

So ‘A Star Is Born’ is the real deal. First 45 minutes are rapturous, but the craft throughout is terrific. Gaga is spectacular, and Cooper is absolutely a director. Incredibly emotional. #TIFF18

It seems like A Star Is Born is going to be the greatest movie of all-time.

Well, I know that’s not going to be the case, but if you had your doubts if the hype was real, think again. A Star Is Born is going to be a special film and I can’t wait to watch.