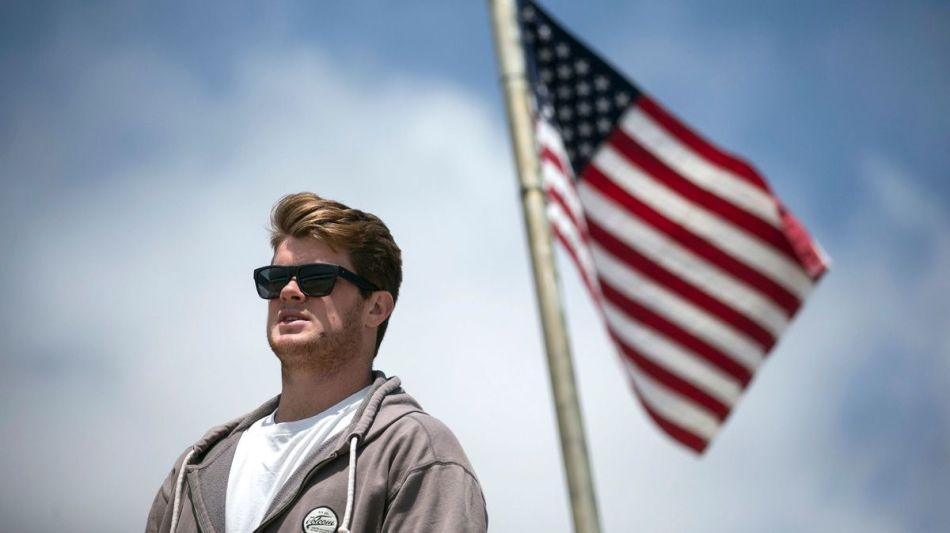 Sam Darnold came here to do three things. Be a franchise quarterback, steal your girl (Sharon please come home), and throw touchdowns. After this weekend, he might have done all three.

-You have to start with the quarterbacks. Teddy Bridgewater was lights out in his two drives of work, going 7/8 for 85 yards and a 16 yard touchdown to Isaiah Crowell, and

Crow's got a nose for the end zone. #ATLvsNYJ pic.twitter.com/fdbySZys4U

Sam Darnold was everything you could ask for up until they surrounded him with players who will most likely not make the roster, at which point the coaching staff mailed it in to protect him. Darnold had 2 touchdown passes on one drive thanks to one being called back for a borderline offensive interference.

Darnold did things that rookies shouldn’t be able to do with ease. He went through progressions, stepped up in the pocket, scrambled but kept his eyes downfield, and he even ran a little. His touchdown was unbelievable in the sense that he could have taken off and settled for a field goal or forced a throw early, but instead he rolled out and that helped receiver Charles Johnson create some space at the goal line to get open (which was also a good read by Johnson to move in the first place). This kid might be something really special.

-The defense pitched a shutout. Regardless of who Atlanta did or did not have on the field (Devonta Freeman and Julio Jones both didn’t suit up), the defense went out there and did it’s job, holding Atlanta to one garbage time first down in the first half. Big offseason acquisition Trumaine Johnson showed great closing speed and Buster Skrine (before his shoulder injury) looked solid in the slot.

-Trenton Cannon: Kick Returner and Running Back. Because of the shutout, we only got to see the kickoff return unit once, where Cannon brought his lone return to the 26 yard line. Not super impressive, but he showed speed and quickness to hit the hole that was given to him. He also had a solid game in the backfield, with 40 yards on 11 carries, the highlight of which was an 11 yard run in the second quarter.

#Jets 6th round rookie RB Trenton Cannon lead the team in touches in the first half.

Here's the most productive run from the Virginia State product, an 11-yard run to the right side while evading the TFL from DB Damontae Kazee and showing good burst to get past the 2nd level. pic.twitter.com/lkwbXQuvXT

Cannon could be a legitimate weapon should the Jets and offensive coordinator Jeremy Bates figure out how to incorporate him.

-Nathan Shepherd is a monster. He’s a big body that enables Leo Williams to move to DE, where he can wreak havoc. Shepherd constantly found himself in the backfield and was a menace to block from the beginning. All signs point to him being a huge problem for offensive lines, especially in running situations.

Overall, a lot of positives but not a ton to judge off of until roster cuts come and an increase in playing time for the starters (and to keep an eye on those QB reps).

-This might not be necessarily bad, but it has to be said because of the current depth chart. Josh McCown had a bad series (the offense went 3 and out), and though it was not his fault with the exception of throwing the ball short of the sticks on third down, the message is simple. Josh McCown CAN NOT be this teams opening day starter. Teddy Bridgewater showed a great command of the offense, and if he is traded for a draft pick (which seems likely), Sam Darnold must take the reigns. Uncle Josh having a bad series might ultimately wind up being a positive, but he can’t be this teams starter and they need to reduce his first team reps in practice.
-If you can believe it, the Jets still have nobody to rush the passer. They have some solid depth on their defense, but the 3 sacks is misleading and nobody can take a tackle 1-on-1 off the edge. If Khalil Mack is somehow available, you make that call and you do it now. This defense is good and the secondary might even be excellent, but if the quarterback can keep his eyes downfield for 7 seconds under no duress, it won’t matter how good they are.

-The Jets 2017 wide receiver class was either bad or non-existent. I’m a huge believer in Chad Hansen and from what I hear he’s been excellent in practice. But for some reason he sees no snaps on the field during game time when it matters. ArDarius Stewart, however, was way too visible. He had 0 catches on two targets, one of which went through his hands, and the other he ran the wrong route. He also almost prevented a first down by running his route and bumping into Neal Sterling. He showed flashes last year but he has to get this figured out in year 2. The Jets have a deep roster of pass catchers and he could be left behind.

-Trenton Cannon: Punt Returner. The Jets haven’t been a return threat on special teams since Leon Washington and Brad Smith. Cannon showed his flashes in his lone kick return, but muffed two(!) punts, limiting his roster value. Not much more to say other than you just can’t muff two(!!!) punts, especially as a sixth round pick.