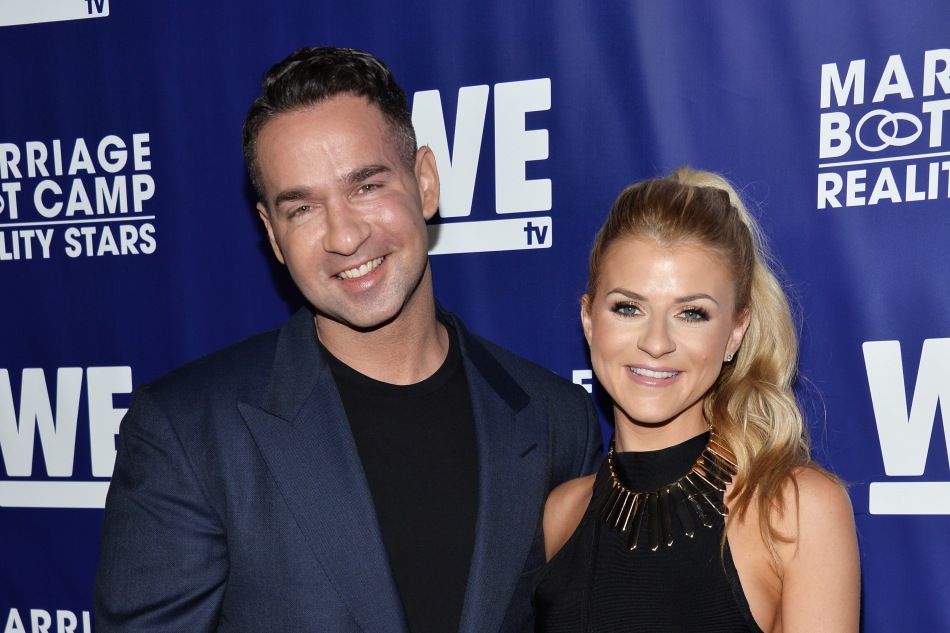 With The Situation off the market, that leaves us to three single cast mates: Ronnie (I think), Pauly D, and Vinny. Make it four if you count Sammi, but let’s leave her out of this argument. Who gets married next? This is a tougher question that it seems. Ronnie is crazy so that the next girl he falls in love with could be his wife within a month. I wouldn’t put it past him. Pauly D is 37 so I’m assuming he’s looking to settle down sooner rather than later. That being said, life on the road can hinder long term relationships. Vinny recently broke up with girlfriend so I’m assuming he wants to take some time to be single again. Can you blame him? However, I’m sure his mother would love for him to marry a nice Italian girl soon.

If I’m a betting man, the next cast mate to get married will be…

Let’s get into the Jersey Shore: Family Vacation recap.

TONIGHT! The proposal of my dreams 😍 💍 I can’t wait to relive this moment & share it with all of you! Happy #Jerzday All New #JSFamillyVacation tonight 8/7c @MTV @JerseyShore @ItsTheSituation pic.twitter.com/vSY4sAwZ7v

– I feel like I should end the recap now…

– Ronnie jealous of Situation was something I thought I would never say, but here we are. Mike cleaned up his act, sobered up, rekindled the flame with his college sweetheart, and now he’s an engaged man. Good for him. Ronnie is spiraling out of control. This is not the Ron I want. It’s too sad for me. Sammi, if you’re reading this, please get back together with Ron. You two are the definition of destiny. I’m still holding out hope for Ron Ron and the Sweetest Bitch You’ll Ever Meet. Please Guido Gods. Make it happen.

Looks like Ronnie is still swimming deep in his feelings. #JSFamilyVacation pic.twitter.com/iPweMFzDZs

– Tune into Season 2 when Mike pies JWoww in the face and Jennie hits him with a right uppercut!

After all that, Mike is still thinking about pieing JWOWW. He clearly forgot what it feels like to be on the wrong end of her backhand. #JSFamilyVacation pic.twitter.com/Tcw1IhJ3br

– Come on Michael. Use your head. Ronnie is jealous and feeling sorry for himself. The last thing he wants to do is celebrate an engagement.

I understand Ron is a little jealous right now, but come on. You have to be there for your bro. #JSFamilyVacation pic.twitter.com/ouoYhSxv9S

– A+ Snooki line. I need more of these lines in Season 2. P.S. Are they at a diner with that menu?

I have work in the morning, BUT there's a drink special at my favorite bar tonight. 🤔 #JSFamilyVacation pic.twitter.com/CKbiUxp6gQ

If your man doesn't take vacay pics with you like this, you're single. #JSFamilyVacation pic.twitter.com/AJ8q3A4T47

– Ronnie, snap out of it my guy. Have some Ron Ron juice and suck it up. You got this, bro.

– Now, time for the proposal.

– As manly as I may come off as I type this in my baby blue shorts, I do love a good proposal. Proposals lead to weddings and weddings are the best parties on the planet. Drinking, dancing, singing, eating. What more could you want out of a party? Plus, proposals make you question your own life, which is exactly what I did last night. No girlfriend at age 25. I’ll never find love!

– “Hey, we’re on Spring Break in Cancun. We bought the all-you-can-drink package. We’re actually on our way to Senor Frogs. Want to come with?”

– I’m genuinely happy for The Situation. Good for him. He found his rock, who is very beautiful by the way, and he locked her up. Re2pect, tip of the cap, Derek Jeter style. Also, this means MTV is going to film the wedding, right? That’s my guess. I need Angelina to be there more than life itself.

Look at how he's looking at her right now! I need more wine. 🍷 #JSFamilyVacation pic.twitter.com/srzTrMLa11

If this isn't your man's reaction after you say yes, call the whole thing off. #JSFamilyVacation pic.twitter.com/QV8wrXNYsE

– FINALLY, Mike and Ronnie are going to fight. It only took 13 episodes to get here.

I don't want to see another Mike vs. Ronnie situation. #JSFamilyVacation pic.twitter.com/IINP0bg5Cp

Season finale next week! See you then.