LeBron James could be headed to Los Angeles. A shift in the betting odds for LeBron’s future team now has the Lakers at minus money. That means you would have to risk more than you would win. RJ Bell in Vegas tweeted updated prices on Thursday. The Lakers were -110. Philadelphia and Cleveland tied for the second-best odds at +450.

This week there was a rumor that LeBron “doesn’t like Houston as a city.” There was also news that LeBron’s son had committed to play high school basketball at Sierra Canyon High School near Los Angeles, but that was quickly shot down by the school.

Los Angeles makes sense for a number of reasons. None more than LeBron’s opportunity to go there and bring in another superstar based on cap space. Perhaps Paul George or CP3. LeBron, however, does not need to go as a free agent. James was dealt to Miami following the 2010 playoffs. This summer could also feature a sign and trade. Cleveland could once again get something in return for losing LeBron. The Lakers would have a chance to deal anybody who did not seem to fit in with LeBron (or somebody who James did not want to play with). 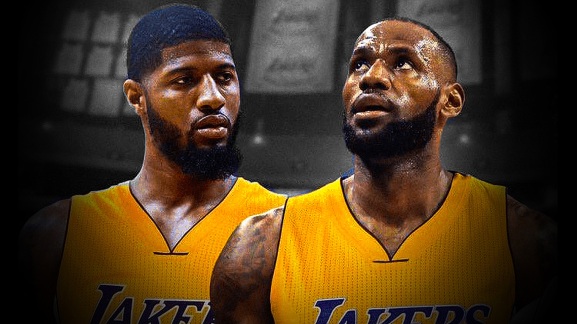 In an age of Internet rumors, the line shift could be our best indication yet. Gamblers often live by odds movement. They say lines tell a story. Vegas knows. Although it is far from a done deal, we may be on our way to unlocking the summer’s big mystery. Then we will just need to figure out how his announcement is made. Recently Bill Simmons threw out a theory that LeBron is filming a documentary which will announce his decision. Sports betting is now legal in New Jersey. Maybe somebody can get me odds on how his decision will be revealed.

Even in 2010 we saw the choice leak out. It will be interesting to see if this drags on for weeks. That would increase the chances of somebody else breaking the news. It’s hard to believe that intrigue and excitement in the NBA often comes after the season these days, but times have changed. Enjoy the drama.

0 comments on “Could LeBron James Turn Los Angeles Into L.A.Bron This Summer?”