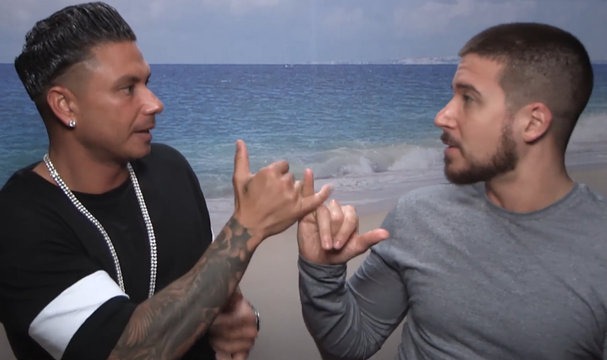 I have been blogging for over five years and that headline takes the prize for weirdest one I have ever written. I am about to blog about a potential shart and if Angelina pooped her pants or not. Is this the path I’m about to go down? Will this shart make or break my career? If it works out for me in the long run as a blogger, this could be the most beneficial shart in human history. If it goes south, there won’t even be a skid mark to remember me by. Here goes nothing.

– Before I get into the recap, please do not eat or drink anything especially if you have a weak stomach. This episode was the worst of the season because they spent over 20 minutes on Angelina’s pooping fiasco. It’s not exactly riveting television. I also wasn’t crazy about the Bahamas trip. It was too short and there was barely any drama. Not a great episode for the Seaside Gang.

– I am not surprised that Angelina was ok with the decision to leave the house. She finally made “peace” with her cast mates. If Angelina wants to come back for Season 2, she has to play by the cast’s rules, not hers. Season 2 will be set in Las Vegas, but there have been no reports if Angelina is involved or not.

Whew, She didn't hit them with an "UM HELLO!" All is right with the world. #JSFamilyVacation pic.twitter.com/qyMwyoZYCw

– Let’s get this out of the way. The Shart Heard Round The World.

When someone asks "Who made that petty meme?" #JSFamilyVacation pic.twitter.com/G9Uffb8oYs

– Angelina pooped her pants. Her bowels got the best of her and she let one rip. It happens! Usually adults like to wait until they’re sitting on the toilet first before letting one rip, but I’ll blame the alcohol for the accidental fart. It happened. Clean yourself up when you get home and move on. Whatever.

WRONG. Angelina dropped a bomb bigger than her fart. She claimed it was “Period Shit.”

– WHAT THE HELL IS A PERIOD SHIT? To not gross anyone out, I’m not asking any other questions. I don’t even want to know.

You've definitely drove the point home, @angelinamtvjs. My mentions are in shambles because of it. #JSFamilyVacation pic.twitter.com/huXNN9q28i

– Angelina is crying over a fart gone wrong. I shit you not (pun intended), this actually happened on the show. Now you understand why it was a weak episode.

– Let’s skip ahead to the vacation to the Bahamas, which I’ll say again, I did not care for. Nothing happened that moved the needle.

This was an extremely weak episode. Hopefully Vinny’s Mom and Uncle Nino can bring the noise next week. Also, this proposal will definitely take two episodes. Don’t expect the question to be popped next week. See you then.

Brothers are annoying, but we love them anyway. 💑 #JSFamilyVacation pic.twitter.com/7t1H2flqpS