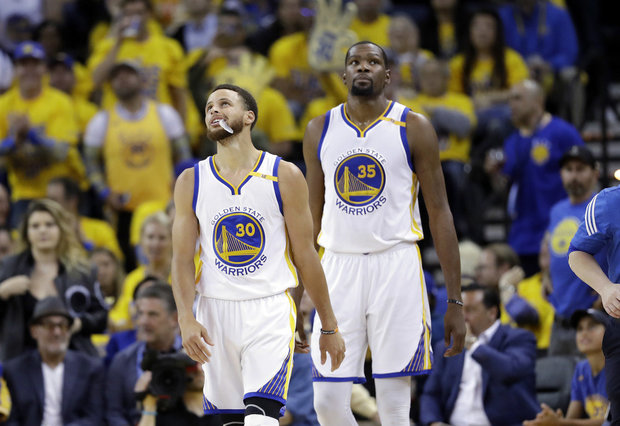 It’s no surprise as to what the Warriors want to do on offense. They want to run you into the ground, shoot a lot of jump shots especially in transition, and when teams start to overplay, they slip screens and get to the rim. Steph is the catalyst and his play elevates the Warriors from a very good team to a great team. Unlike most teams, when a star goes down, it’s devastating. Most teams don’t have Klay Thompson, Draymond Green, and the 2nd best player in the world, Kevin Durant, at their disposal. However, the Warriors become more stagnant without Curry on the floor, leading to iso-ball in the post and forced shots.

Per Chris Haynes of ESPN, with Curry in the lineup this season, the Warriors went 41-10 while averaging 120.4 points per 100 possessions, which would be the best offensive rating over the past 20 seasons. With him off the floor, however, the Warriors were only 17-14 in the regular season and had an offensive efficiency that was right around the league average.

Plus, Curry has a habit of making the impossible shot possible, which lead to him making a NBA Finals record of nine 3s during Game 2.

Steph Curry was 🔥🔥🔥 in Game 2! #NBABreakdown

Steph Curry is the most important player on the Warriors, but Kevin Durant is their best player.

Durant was spectacular in Game 3 and asserted his dominance as the 2nd best player in the league behind LeBron James. In a game where the Warriors trailed by double digits, Durant poured in 43 points, 13 rebounds, and 7 assists. In turn, Curry could not throw the ball in the ocean if he were standing on a boat. There’s something about Game 3 in Cleveland that brings out the killer instinct in Durant.

That pull up 3 tells you a lot about why Durant is the best player on the Warriors besides the fact that it went in. Durant is a matchup nightmare. He’s 6’9″ with a wingspan of over 7’0″, but he can handle the rock like a point guard. No one can block his shot because of that wingspan. When Durant is in rhythm, good luck stopping him. Durant runs the floor well, can finish at the rim with ease, and with Steph setting him up on the wings, the Durantula is lethal from the perimeter.

What makes the Warriors so successful is their ability to leave their egos at the door and just worry about winning. Some nights, Steph is the top guy. Other nights like Game 3, Durant is the man in charge. Do the Warriors need to find out who is the alpha? If they win their 3rd NBA title in 4 years, it doesn’t matter.

0 comments on “Steph Curry Is The Most Important Player On The Warriors, But Kevin Durant Is Their Best Player”