I am amazed by how many issues WFAN has with their sports flashes. Be careful what you ask for. I used to say they should get rid of them if they will not do the updates correctly. Afternoon flashes were reduced to hourly updates. I used to complain that in progress reports were behind when basketball scores were given. Now out of town games often are completely ignored. Especially if the game is not over.

During early morning or overnight hours, they will tell you that locals did not play the previous evening and return to action that night, meaning in about 17 or 18 hours. We’ll get a lengthy report on spring training action. Even when a score is correctly reported, sometimes the events are not thoroughly detailed.

Harris Allen stated that Virginia won on a three at the buzzer. Normally that would be plenty of information. However, their win against Louisville was remarkable. Virginia trailed by 4 with less than one second remaining. To be exact, .9 was on the clock. Nobody could remember a comeback like this. Not to mention by the nation’s top team. This is a nitpick, but it deserved some more attention. Host John Jastremski was all over it. I believe Harris is likely guilty of at least two or three things here. A lack of interest for sure. Probably not enough research.

Ultimately, this could be a knowledge issue. Since Jastremski described the miracle, it seemed like Harris knew about what happened and simply didn’t care about the amazing rally (or collapse depending on your point of view). I got tired of messaging him about his updates and finally gave up.

Marco Balletti also does overnight reports. Often I’m just critical as a listener who knows what has happened, but sometimes I want to find out information. Marco did not give the Rockets-Cavs score last month. I did not know what happened. Cleveland lost by 32. Marquee matchup on ABC. Most people would agree that the most famous and best player is LeBron James. Marco was pretty cool when I tweeted him about this.

Another recent Saturday night pairing was Oklahoma City against Golden State. Zaza Pachulia controversially fell on Russell Westbrook. Balletti felt no need to mention the game. When his shift ended and a new update anchor took over, the guy gave that score and even included audio about the incident from an aggravated Westbrook. At least somebody thought it was important enough to cover.

Friday I actually forgot that there was afternoon basketball at MSG. No need to report the action. Only #2 Michigan State. As that game wrapped up, John Minko ignored it in his 2:00 update. We can hear about Rutgers, who won the night before and was playing in about 7 hours.

WFAN actually managed to chase me away. I turned the radio off with Michigan and Nebraska coming up. If WFAN was going to keep me informed on that game, I could have kept it on and checked in late when it got interesting. Instead of giving the score every 20 minutes and having Francesa describing action as we had in years past, now we’re stuck with hourly updates that ignore games.

I could complain to Chernoff, but nobody cares. It takes a lot to make me turn off WFAN. Congratulations Mark. 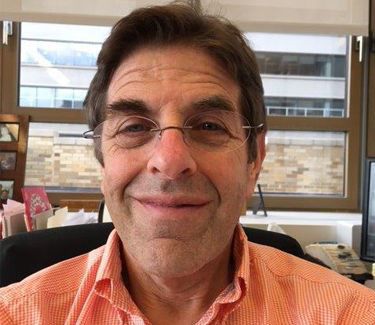