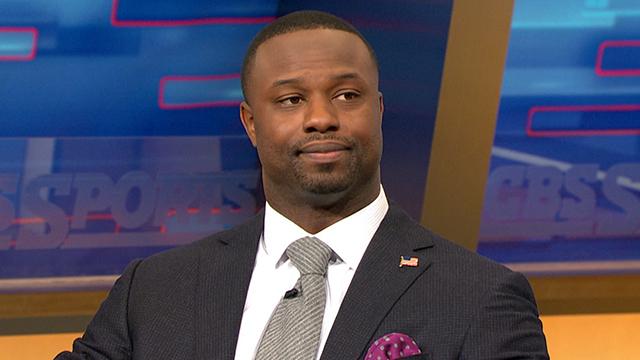 We know by now that Bart Scott is having a tough time on WFAN. Actually, we knew it would happen before he started hosting. However, it has been worse than anybody predicted. Recently I read that Bart thought Derek Jeter was the Marlins GM and asked Brian Cashman about it. Scott also spoke about how he has been reading up on baseball and found out about the rule where a team can bring up someone after the season starts to save service time. The thing that really blows me away is how Scott keeps firing off incorrect stories when it comes to football. Especially stories involving teams Scott played for.

The Jets lost a week 17 game against Miami that included Santonio Holmes basically quitting on his teammates. Since the Titans won, this game became basically meaningless. Scott said they could have made the playoff if they didn’t have to deal with this nonsense and beat Miami. He obviously didn’t remember that they needed help. I wonder if he knew it back then.

Another story involved one of his teams playing the Patriots in a postseason game. Although I missed the start of this story, I’m guessing he was talking about 2010. Scott said they had an advantage after beating New England earlier that season. There was no time when his team went undefeated against New England and played them in a postseason rematch, so I assume he was talking about their victory in January of 2011. The Jets split against New England that season. Tough to see how they would have an advantage mentally after losing 45-3 against New England six weeks earlier. Their win was back in September, and at home. That 45-3 loss happened on the road. It was convincing, and where the playoff game would be. That was the most recent meeting.

Another time he spoke about when Baltimore lost at home to Indianapolis 15-6. His Ravens were seeded second. Scott said they had home field advantage through the playoffs. San Diego was 14-2. The Chargers were seeded first. Bart claimed that Baltimore had the best record. Never let facts get in the way of a good story.

There’s more. Scott said Jon Gruden’s Bucs never made the playoffs again after winning a Super Bowl. Not true. Tampa Bay made it twice under Gruden after their Super Bowl victory. Bart threw in a story about Bill Belichick’s note when he left the Jets after being named head coach. Scott said that Bill referred to himself as “BB”, but that must have been an exclusive. Nobody else reported this. I think this story made them start a hashtag about BB going to the NYG. Another of my favorites was when Scott said the Giants should trade their pick to the Jets. They are in different conferences. No rivalry. Why would they care about setting up a dynasty for their local rival? This was not an incorrect fact. It just showed his lack of knowledge about New York, and football here. Just like the Mets would not send great players to the Yankees.

Mike Francesa has got to be loving this. His value keeps going up. It reminds me of when I stopped being an umpire. Kids were coming up to me and asking for a return. By sitting out, I started looking better. Maybe Scott thinks he can follow in Mike’s footsteps by confidently spewing out misinformation. He can’t. Nobody has Mike’s charm.

0 comments on “Bart Scott’s Early Struggles At WFAN Continue….Even With His Football Knowledge”