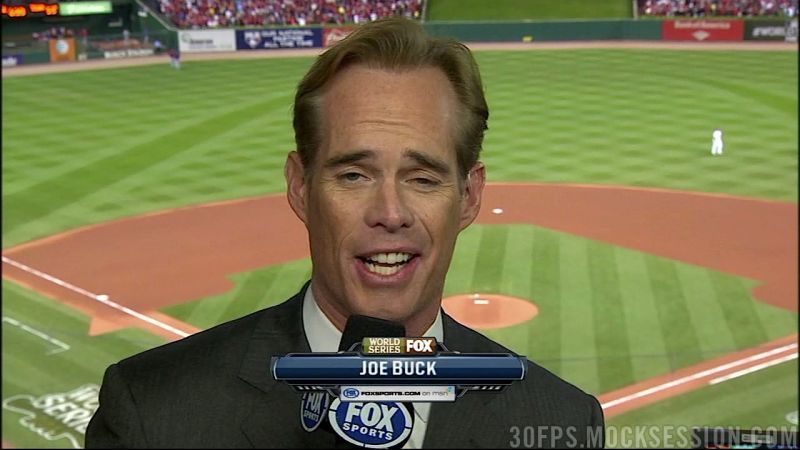 Fans of the Yankees have complained that Joe Buck is rooting against them. Apparently Astros twitter thinks he is rooting for the Yanks. This happens all the time. Buck has talked about how different cities think he does not like their team. I have heard that his football partner Troy Aikman supposedly is so biased against the Giants and saying good things about Dallas. Meanwhile, he is constantly saying that a Dallas penalty was the correct call or they should have been hit with a penalty when they were not called for one. Aikman often praises Aaron Rodgers, and with good reason. He is awesome. Some of his best and most memorable performances have come against the Cowboys. I have heard that people in Dallas now dislike Aikman because of his comments against the Cowboys.

Bob Costas had a great interview with Bill Simmons. He mentioned how Cris Collinsworth supposedly hates all 32 NFL teams. When an announcer called the World Series he would get letters from both cities. They were pretty much identical, but the names would be reversed based on where the letter came from. You are so biased against my team and rooting for the other. I can remember when Costas called playoff games involving the Yankees nearly 20 years ago. He grew up rooting for the Yankees. Huge Mickey Mantle fan. Costas even carried a Mickey Mantle baseball card in his wallet as an adult. I’m not sure if he still does to this day, but I think I’ve made my point.  People called WFAN to say how he was rooting against the Yankees and how bad his broadcast was. Bob had the nerve to say that many times whatever team had the best record did not win it all. Before we give them a championship, we’re actually going to play these games. Such venom. Nothing annoys delusional fans like facts and neutral commentary.

I would say 99 times out of 100 the fans are wrong and irrational. There might be one time where criticism is justified, but usually people are just crying wolf. I remember Josh Lewin calling Yankees-Tigers in 2006. This was a dumpster fire. A-Rod was slumping and hit eighth. Detroit won easily and wrapped up the series. Lewin seemed to focus on things like payroll. Maybe the topic can be addressed in between games or early on in a season. I knew Yankee fans would not want to hear this. Josh seemed biased to me, and he seemed to enjoy seeing a Yankee meltdown. I called WFAN and mentioned this, without knowing about his background. I’m the one who would rip fans for bashing Costas, so I feel like I’ve got some credibility when it comes to the subject. Funny how Lewin used to call Tigers games and is now a Mets broadcaster. I sensed something. Perhaps my hunch was right.

However, this was a rare occurrence. Just because an announcer does not scream when the Yankees win or shout that a home run is high and far doesn’t mean that he wants them to lose. People outside of New York always assume that the announcers and officials are cheering for the big market. Just enjoy these games. Mute it if you want. Maybe listen to the radio. You have a couple different radio broadcasts. Chances are you can find one person out there who doesn’t despise your Yankees. Have fun listening to John and Suzyn calling it down the middle if you so choose. With today’s technology, it is possible to sync up the sound accurately. Pause the TV. Use an app. Do whatever it takes. There is enough sadness and hatred in this world. Don’t let Joe Buck ruin your life and the happiness that comes with Yankees playoff baseball!