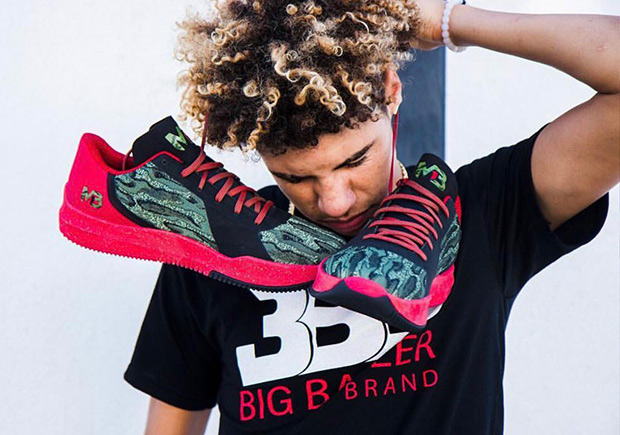 Today, LaMelo Ball becomes the 1st high school player ever to have his own signature shoe. The "Melo Ball 1" pic.twitter.com/3EpJuBA1EF

Melo Ball 1, youngest in the game.

Pause. It’s a great day to be a Big Baller.

I’ve said it before and I’ll say it again. LaVar Ball is playing chess and everyone else is playing checkers. This man is a marketing GENIUS. Want to make a splash? How about give a 16-year-old their own signature shoe? I’ll be honest, it’s not a bad shoe either. It’s an even better hype video. The “Life is Sweet” with LaMelo eating cherries should be on a t-shirt. The Balls continue to make headlines and not it’s not even basketball season. As a fellow Big Baller, it’s nice to see that my boss, LaVar Ball, continues to take Big Baller Brand to the next level.

My coworker, LaMelo, also drives a lambo now. Can’t wait to take it out for a spin.

So @ZO2_ has a RR, @LiAngeloBall has a Ferrari, and now @MELOD1P has a Lamborghini LMAOOOOOO.

LaVar Ball isn't too worried about the possibility of affecting LaMelo's NCAA eligibility with the release of his new signature shoes. pic.twitter.com/Hbtnzn6aRw

My guess is LaMelo goes International for a year or plays in the G-League. Who knows, Maybe the Balls will be the family that takes down the NCAA and they change their rules on amateurism. It’s been a long time coming. This might be the tip of the iceberg.

Also, to everyone saying “Poor LiAngelo,” my boy is covered. We don’t forget about you, LiAngelo!

LaVar Ball has announced that LiAngelo Ball will have a signature shoe released in April 2018. (via ESPN)

Can’t wait to talk with LaVar about my signature shoe. The DG1’s. Love working for this company.