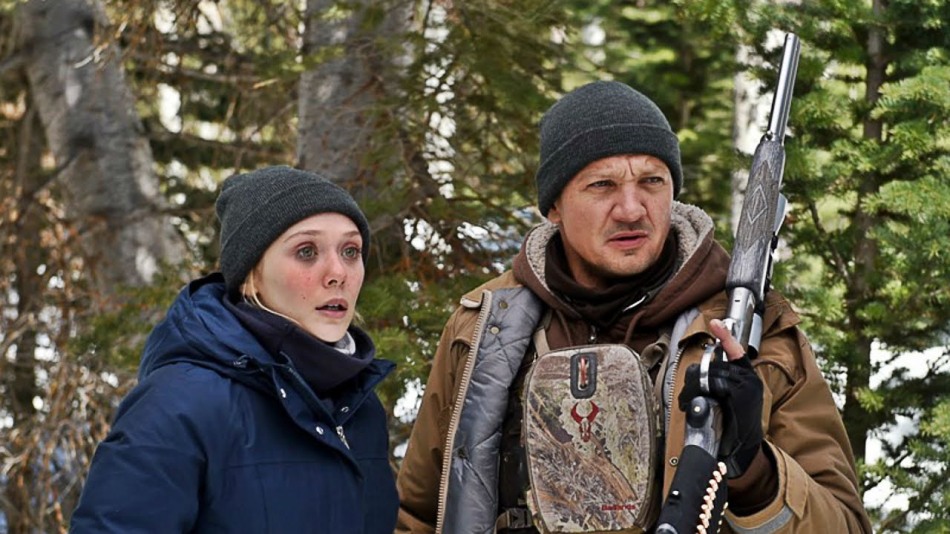 Nothing irritates me more when a good movie is out in theaters and no one knows about it. Right now, that movie is Wind River.

Wind River tells the story of how Cory Lambert (Jeremy Renner), a US Fish and Wildlife Service agent, and FBI Agent Jane Banner (Elizabeth Olsen) team up to try and solve the murder of a teenage girl on the Wind River Indian Reservation in Wyoming. It’s a murder mystery with crime and action. If that plot description doesn’t get your interest, then I don’t know what will.

– Jeremy Renner is a solid actor and continues to get better with age. He’s like a fine-wine. He’s what I like to call a late bloomer. He’s been an actor for over 20 years, but it wasn’t until The Hurt Locker and The Town before he started to take off.

-Elizabeth Olsen…also good at acting! It’s kind’ve funny that both of them are in the Avengers and these roles are entirely different than trying to kill Loki or Ultron. Her acting range was strengthened with Wind River.

-The music really does make a movie. This is an edge-of-your seat type of movie. It starts off a little slow, but once they get into detective work / trying to solve the murder, the movie really gets going and the eerie music in the background plays right into the audience hands.

-I want to learn how to drive a snowmobile.

-THAT ENDING SCENE THOUGH

-The movie is a look into Native American culture and how society really does not know what goes on at reservations. From what the movie depicts, it’s rampant with crime, drugs, and lack of police / law enforcement agencies. It’s extremely sad to see especially when you read the statistics at the end about a lack of stats when Native America women go missing. Imagine you go missing and no one gives shit? Gut-wrenching stuff. Needs to change.

-If you do not know this name by now, Taylor Sheridan is LEGIT. He is one of the hottest writers in Hollywood and one of my favorites today. Wind River was his second feature that he directed. This was the third movie in his western trilogy that he wrote. Want to know the 2 movies that were before it?

Those two movies were in my Top 5 the past 2 years, respectively. My god those are two great movies and Wind River rounds out the trilogy on a high note. What I like about Sheridan is he plays by his own rules. His movies have simple plots. Simple as in you know the basis right away. For example, Wind River is trying to solve a murder case. Hell Or High Water is about robbing banks to save a house. Sicaro is about bringing down the cartel. Stuff like that, However, Sheridan is ALL about character development. Every main character gets their fair share of screen time and gets a back story. Sheridan takes the audience on a ride that makes sense. He trust the audience to use the clues he gives you to try and solve the plot. You get a true sense of the character and almost feel like you know them personally. I love this type of storytelling. Sheridan is going to win an Oscar someday. Mark my words.

Also, I will always mention this every time when I talk abut Taylor Sheridan. He played David Hale in Sons of Anarchy.

Final Thoughts: Be prepared to go on a suspenseful and thrilling journey. Also be prepared to jump out of your seat at times. I was guessing the whole movie as to who was the killer. However, with each clue you get, Sheridan keeps the audience guessing, but allows them to solve the case in the end. You’ll feel satisfied, but heartbroken as you leave the theater, but that’s more than ok.

1 comment on “Wind River: The Murder Mystery That Deserves To Be Seen”