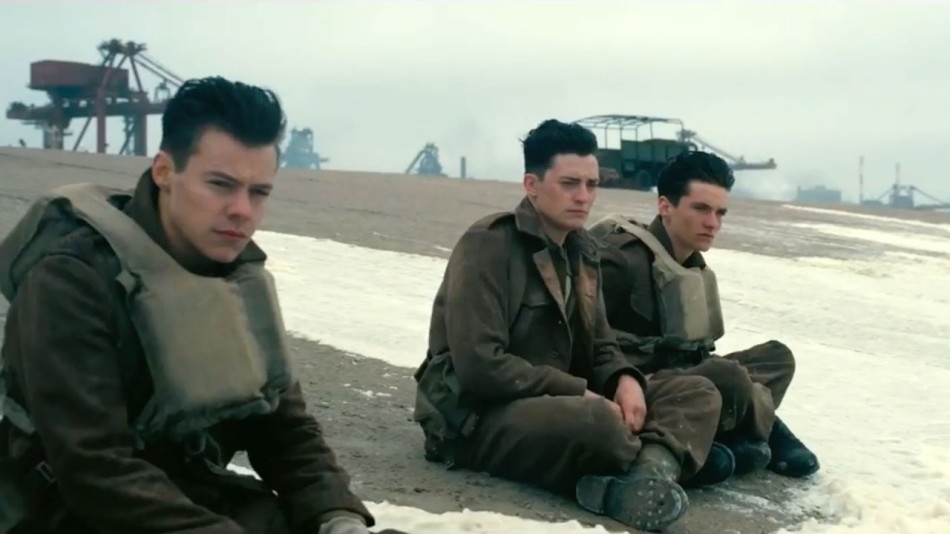 The movie I’ve been hyping up for over a year has finally arrived. Dunkirk is here. Did you really think I was going to wait a few days before seeing it? What is this, amateur? Of course I saw a Thursday night premiere. Even with my partner in crime, LordTreeSap. I’ve slept on my thoughts so I’m now going to just rattle them off for you.

WARNING: I’m going to do my best to keep this as spoiler free as possible. However, with a movie you already know the plot too, I’m really not giving away major secrets. The Dunkirk evacuations were real. This wasn’t a battle with both sides on offense. This was an evacuation so obviously the Germans were on offense and the British were on defense. So just put 2 and 2 together and you can guess from there.

If you want to see it for yourself, then do that and come read this right after.

– Intense with a capital I. I was on the edge of my seat the whole time. It was a thrill ride the whole time except instead of being fun, it was nerve-racking.

– Not your typical war movie. If you’re expecting Saving Private Ryan, Black Hawk Down, or Hacksaw Ridge, think again. This was one of the most unique takes on a war movie I have ever seen. There are three fronts that the film is told on: Land, Air, and Sea.

– Lack of dialogue. This isn’t a movie where you’re going to get a lot of conversation. You’re not going to learn a lot about the characters backstory. Hell, I barely knew most of their names. You have to get used to it. Most people will probably get a little frustrated in the beginning with the lack of dialogue. Stay the course though. I have watched a lot of interviews with the cast and they say that Nolan’s goal was to make this movie up for interpretation. You don’t come to know the cast. You come to survive with the cast. It’s almost as if Nolan wanted you to pretend like you were a soldier during these evacuations. You were struggling with these young guys, doing whatever it takes to survive. It was almost a silent movie at times, with only action taking place, but if you were at war, do you think you’re just going to strike up a casual convo with the person next you? My guess is no.

–  Hans Zimmer, WE ARE NOT WORTHY. This is Christopher Nolan’s right-hand man when it comes to a film’s score. He’s done a lot of Nolan’s music in the past. The intense music in the background intensifies the film’s major question: Will they survive? Hans is a GOAT.

– Harry Styles, good actor. This man has a future in movies if he wants. I’m not saying he’s in Justin Timberlake or Donald Glover territory just yet, but this was about as good as a debut as you can do. He’s gone from star to superstar. I hope he catches the acting bug and continues to cross over throughout the years.

– Personal Critique: I needed more Tom Hardy. I’m biased because he’s in my top 5 for favorite actors. He just has the ability to take over any role he’s in and dominate the screen. Plus, no one does the English mumble and grunt better than Hardy. Hardy was the main pilot and his scenes were my favorite by far. Best character.

– All rise, the Church of Christopher Nolan is in session. I continue to be blown away by Nolan’s work. When it comes to directing especially blockbusters, the man is in a league of his own. I kept thinking throughout the movie “how did he shoot this?” The originality and uniqueness of all his films are what set him apart from everyone else. The little details that go a long way. Every scene has a purpose. Chekhov’s gun, motherfucker!

– Accuracy and unknown actors went a long way. I love when unknown or less experienced actor get main roles. You get a sense of realness because of the lack of experience. Apparently, this cast was exhausted and wiped out from all of the drowning scenes because they weren’t faking them. They didn’t sit in hot tents after each scene. They were on the beach all day, cold and tired. You could see the scared and worried faces on the screen especially with those drowning.

– PAY ATTENTION TO THE NARRATIVE!!! In typical Christopher Nolan fashion, there was a huge twist. This is what makes his movie so unique.

– Length. This was a critique for me. I wish it were a little longer with more dialogue. You just have to remind yourself that it’s not a typical war movie. It’s a survival movie so chaos is expected.

– Oscars talk.  Will it win best picture? Can’t say yet, but it should get a nomination. If they don’t get one, major snub. If I had to pick one actor to get a nomination, it would be Mark Rylance for supporting (boat driver). However, everyone will agree on this: If Christopher Nolan does not get a directing nomination, there is something wrong with the voting. He’s been snubbed before. It should NOT happen again.

Final Thoughts: I really, really liked this movie. I thought this movie was extremely well-done. I like how it was not a traditional war movie. It’s a survival movie and the audience goes on this survival journey with the ensemble cast. Edge of your seat without saying a lot of lines. You have to get used to the lack of dialogue and if you don’t and are expecting a lot of character backstory, you probably will think less of this movie. Was this the best war movie of all-time? Probably not, but that doesn’t take anything away from this movie. Hans Zimmer is a GOAT. Christopher Nolan is almost in a league of his own right now.