Welcome to The Church of Christopher Nolan. Please hang up your coats and take off your shoes before entering.

Christopher Nolan is easily one of the 10 best directors on Planet Earth and I’m actually doing a disservice to him by saying he’s Top 10. He’s probably in the Top 5, maybe even Top 3. He’s that good. The word that comes to mind for me is “beast.” Christopher Nolan is an absolute beast when it comes to directing movies. When you look at that list, there’s not a bad movie on it. The numbers don’t lie.

Beast. Besides Insomnia (even though he was an uncredited co-writer), he has written the script for every movie he has directed. The man has a perfect formula and continues to put out hit after hit after hit. With Dunkirk coming out this weekend (haven’t seen it yet so can’t rank it), I decided to personally rank my Christopher Nolan’s movies from really good to amazing. The word “bad” should NEVER be mentioned when saying the name Christopher Nolan. That’s like slapping God in the face. Let’s do it. 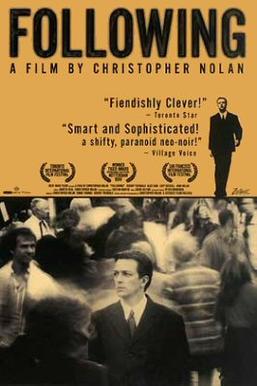 Can I be a Christopher Nolan stan if I haven’t seen it? I guess not so by default, this has to go last. I’m ashamed of myself.

I never finished. Off to a HOT start on this countdown. Love Robin Williams. Al Pacino is great. This was probably a really good movie. I have to see this eventually.

Leave it to Chris Nolan to make a movie about magicians and turn it into a suspenseful thriller. He’s also the man who made people forget the names Batman and Wolverine and made them Christian Bale and Hugh Jackman. This is the perfect “one up you” type of movie. Anything you can do, I can do better. It also had an ending that I’m still confused about to this day. Long live magic!

So I know I’m going to catch a lot of heat for putting this movie so high on the countdown. Some might have it at #1.  Without a doubt, this was Christopher Nolan’s most creative movie. Hands down. This is the one to put him on the map. It’s really good and like all of his movies, a total mind fuck. Maybe that’s why I don’t think it’s amazing because it puts my mind in a blender. It’s the movie version of “create your own ending” like those books that let you choose the finale.

So for this portion of the countdown, my Batman Boner is fully out. Nolan’s Batman trilogy is without a doubt the greatest superhero trilogy of all-time. There is no debate. I won’t hear anything else because every other group of movies have to fight for second. Batman Begins was the weakest one of the trilogy for me because I thought Ra’s al Ghul was the weakest of the three main villains. Once again, this countdown is really good to amazing. Batman Begins is still better than 90% of superhero movies. Plus, this quote is how I live my life…or I just pretend I’m Bruce Wayne when I hear it. 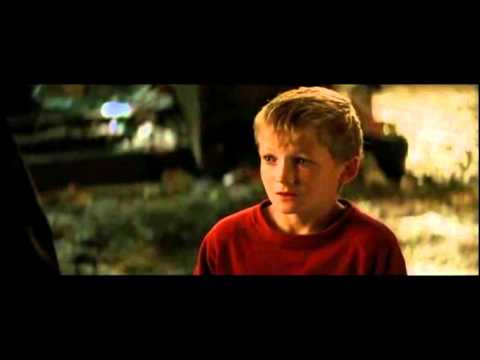 DESHI DESHI BASARA BASARA! Talk about a movie that gets you amped, the Dark Knight Rises was the perfect ending to this trilogy. First of all, “Mr. I was Born in the Darkness” Bane was a total badass. This movie took Tom Hardy to superstardom. It had everything you want in a movie. Batman starts at the top, goes to the bottom, and then saves the day. Couple things:

Bruce, WHY DID YOU NOT JUST USE THE ROPE TO GET TO THE TOP, UNTIE BEFORE THE JUMP, AND GO FROM THERE?

Matthew Mcconaughey, Mr. Cool himself, traveling into space to save the planet? Sign me up! Despite the movie being 2 hours and 49 minutes, this is the movie that you can’t pass over when it’s on TV. You will always watch it. I can guarantee it. I’d argue that Matt Damon showing up in the movie is Top 5 Biggest surprises in a movie of all-time. How they kept that a secret from the public is something I will never know.

The crying video memes from this movie are A+ as well. F Scar.

This song is 100/10. For me, Inception is one of my favorite movies of all-time. I loved it from start to finish. It had a stellar cast, an original concept, and a mind fuck of an ending. It also helps to have 2 of my favorite actors working together in Leonardo Dicaprio and Tom Hardy. The creativity of this movie is off the charts. Maybe I’m naive, but I totally believe that people go into dreams and alter them. You can @ me on that one.

If I had to criticize, the Mal death scene makes me laugh everytime. I don’t know why it does, but I can’t help but crack a smile as she goes Peter Pan off the balcony.

The truth is in the totem folks. Cobb is in reality.

Was this even a debate?

The Dark Knight ruined the superhero genre for me. Nothing will ever compare to this masterpiece of a film. The magnum opus of superhero films. Seriously though. I’ve seen this movie over 100 times and it always leaves me more than satisfied. Heath Ledger also ruined superhero and villains because he is the best character to ever be in a superhero film.It’s truly one of the greatest acting spectacles and deserved that Oscar. RIP Heath.

Well, there you have it. I‘m amped to see Dunkirk and I can’t wait to add this to the list.

The Church of Christopher Nolan rages on.