With the Oscars on Sunday, we have reached the end for movies in 2016. For me, I thought it was a down year for movies compared to 2015. 2015 gave me some of my favorite movies of the past couple of years. Room, Spotlight, The Martian, The Big Short, The Revenant, Brooklyn. Just an extremely strong year that we were lucky enough to experience.

This year is different. I’m writing this now and I’m still debating #1. I thought there were a lot of good, solid movies in 2016, but were they great? Would I consider them in my favorites of all time? I’m not sure yet. Only time will tell as they have time to digest.

So here we go. These are MY top movies of 2016. I saw A LOT of movies in 2016. For all you amateur critics, these may not be the most critically acclaimed movies. This is my personal top 10. I’m sure you have your top 10 as well and if you have a blog, I would love to read them but for now, you’re stuck with me.

I’m not a horror guy whatsoever. Well, I shouldn’t say that. I like some horror movies. The Scream series, Saw, The Conjuring, Paranormal Activity. That’s about it so for you to get on my Top 10 list, it must’ve been good. I loved the concept. Kids try to rob house of a blind war veteran, but he ends up being a total badass and tries to kill them all. I was entertained and on the edge of my seat the whole time so Don’t Breathe, you just made the list!

I’m not sure I can say anything more positive about this movie. If you haven’t read my review, check it out here. Also, it gives me an excuse to play Drive It Like You Stole It just one more time.

Deadpool is Ryan Reynolds. Ryan Reynolds is Deadpool. They were made for each other. I can honestly say this was the best superhero movie since Captain America: The Winter Soldier and will go down as one of my favorites of all time. It was a superhero movie with not all of the superhero hoopla. It was absolute perfect mix of comedy and action. Did part of me put Deadpool in my Top 10 to put up a picture of Blake Lively? You bet.

Is Mel Gibson back? Hacksaw Ridge was a fresh and new spin on a war movie. Congrats to Andrew Garfield on his Oscar nom. The last couple of years have not been too kind to Garfield i.e. The Spiderman saga so it’s good to see he rebounded nicely. On a real life not, how the HELL did Desmond Doss survive without carrying a gun? How? I don’t get it. Talk about a huge set, this guy’s bravery and heroism is on another level. Quick shout out to all the troops who defend this country every day. You guys rule.

6. Manchester By The Sea

Talk about a punch to the gut. Holy shit was this movie depressing / uplifting. I’m going to write this without giving away the major plot line to the story because if you haven’t seen it, go see it. Just ask yourself this: If the worst thing imaginable happened to you, how would you react? That’s Manchester by the Sea. I’ll preface this by saying this wasn’t my favorite movie of the year, but it was arguably the best acted. Michelle Williams and Lucas Hedges were excellent, but no one, and I mean no one, is touching the acting performance done by Casey Affleck. When you look up “how to act,” this performance by Casey Affleck should be at the top of the list. This a Perfect 10 performance by Casey. Once again, not trying to spoil, but if you don’t see the movie, watch the police station scene. I dare you not to get emotional.

If you were to tell me that in 2016, OJ Simpson would dominate television, I would say you’re nuts. Between The People vs. Oj Simpson series and this documentary, crime dramas are at an all-time high. I’m fascinated by OJ Simpson and the trial. This documentary was 10 hours on TV and I could honestly watch 10 more hours. It was that damn good. I’ve debated this for awhile: What athlete could be in a car chase that stopped America and make the NBA Finals go to a split screen / coverage? My top four answers are Lebron James, Michael Jordan, Derek Jeter, or Tom Brady. Lebron is by far the top choice. It’s unfathomable to think how many people watched this trial. It just showed you the popularity of Simpson was untouchable at the time.

The mind fuck of 2016 and let me tell you, I like a good mind fuck. Make it an entertaining mind fuck and I’ll do pretty much anything you want. From start to finish, my mind was racing the entire time, trying to solve the mystery. If you can get me to not check my phone throughout the entire movie, job well done. I didn’t think director Denis Villeneuve could follow up Sicario, but somehow he managed to do that. Also, if this alien spaceship touched our planet, I’d pretty much guarantee we would nuke it right away, no questions asked. Talk to it via whiteboard? Child please. 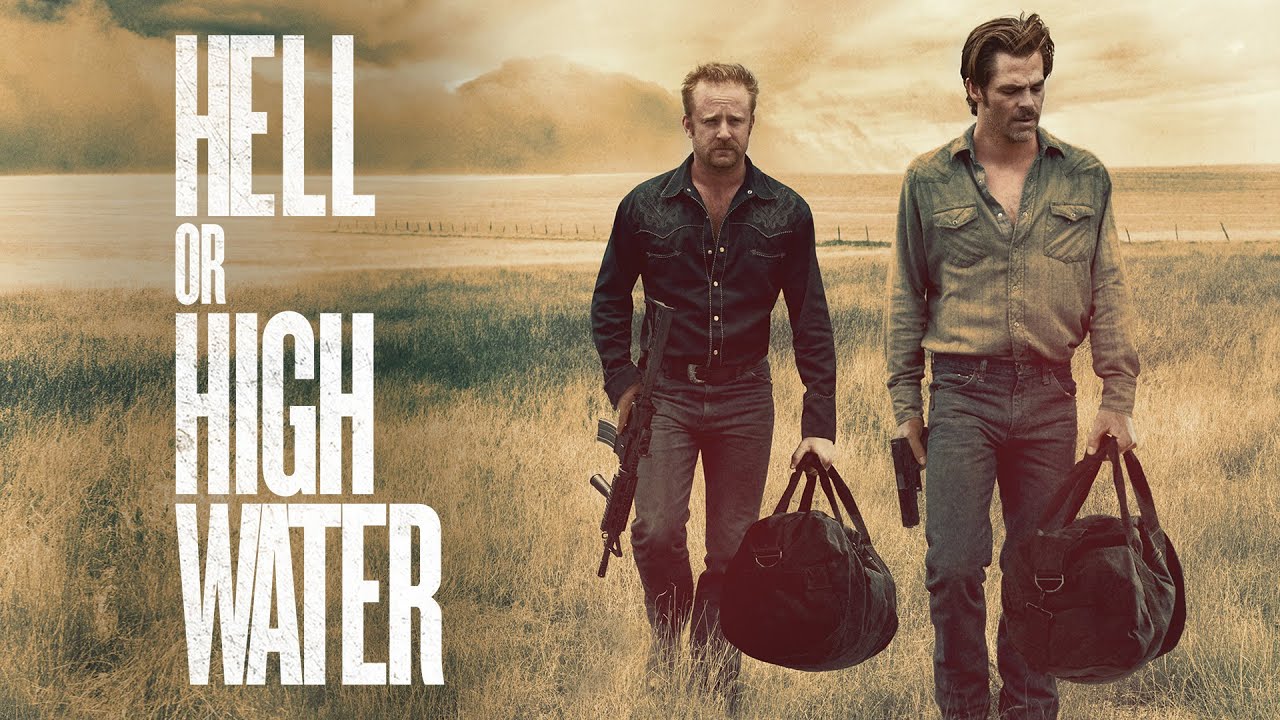 If you told me that Hell or High Water was your favorite movie of the year, you would not hear an argument from me. Hell or High Water is probably the best Western (if you can consider it one) since No Country For Old Men. I was considering putting this movie as my #1. It stars Chris Pine and Ben Foster as two brothers who rob banks in order to save their family ranch. The movie had some unbelievable actions scenes including an unreal highway chase. Two things. 1) Jeff Bridges is getting most of the love in terms of awards this year, but it is a crime that Ben Foster was not nominated for an Globe or Oscar. Foster was a crazy motherfucker and dominated every scene he was in. 2) Taylor Sheridan wrote this movie aka Deputy Chief of Police David Hale from Sons of Anarchy. The more you know.

I guess I love musicals?

Musicals are hard sells especially to manly dudes like myself…Just kidding, I don’t mind a good musical especially if it has dialogue and is not 100% music. I’m here to say that if you don’t like musicals, La La Land is the right hybrid to watch. La La Land is the critical darling of 2016. Everyone and their mother gave this movie a good review and you know what, I am part of the “everyone” crowd because I thoroughly enjoyed La La Land. First of all, Ryan Gosling and Emma Stone in the same movie? You could’ve just said those two names and I would’ve seen it no matter what. Chemistry beyond belief. Remember when I said Denis Villeneuve put out two straight fire movies? Well, Damien Chazelle might be in a league of his own right now with Whiplash and La La Land. He single-handedly made jazz cool again. Like I said with Sing Street, you gotta have good music and La La Land’s soundtrack was no slouch. It’s the perfect easy listening soundtrack to concentrate. Overall, just a really well-done movie from start to finish. I think this will be a movie that will get better with age.

My #1 movie of 2016 goes to the most creative and powerful movie that I may have ever seen, Moonlight. I think everyone who has seen Moonlight walks away from it saying, “Wow.” Not an Owen Wilson “Wow,” but a “Holy shit that was heavy type of Wow.” Everyone that I have talked to personally has said the same thing. “Really powerful stuff. I don’t even know where to begin or what to say.” It’s hard to put into words the power that this movie showcased. It made you emotional, uncomfortable, happy, sad, devastated, and inspired all throughout the course of two hours. The uniqueness of this movie is what stood out the most. A movie set in three different time frames with three different actors all conveying a troubled African American boy who is trying to discover who is truly is and how the environment can shape a person. It was moving stuff that even if you can’t relate to all of it, you will appreciate it. All the credit goes to the director and writer, Barry Jenkins. Imagine not making a movie for 8 years and then putting out a masterpiece like Moonlight? Tip of the cap right there. Great acting, Better directing, and an even better script is the perfect recipe for success. Phenomenal job all around.

Well, that wraps it up. It’s so hard to narrow down so many movies to just 10 so I know I had to omit a few. Did you agree with me? Do you want to burn my list to the ground? Do you think I’m taking crazy pills? Please reach out to us on Facebook and Twitter and let me know what you think.

As Skip Bayless, fan of our blog (unconfirmed), used to say, “Embrace Debate.”