Big week for myself and the Daily Mix Report. It’s officially the last week you can talk about movies for 2016 because the Super Bowl, the creme de la creme, the top dog of awards shows, The Oscars, are on Sunday night. I have a weird feeling in my pants just thinking about it. So I’m taking this week to put out as much movie content as I can so you can read my unimportant opinions.

So the other night, I needed something to watch. I’m caught up on all of my TV shows (This Is Us and Taboo) and I’ve pretty much knocked out 85% of awards season movies so I decided to change things up and search for something interesting on Netflix. I scrolled upon Sing Street. I heard of it before because it was nominated for Best Motion Picture – Comedy or Musical at the Golden Globes last month. I really went in blind and didn’t watch any trailers, which is something I RARELY do. However, I saw it’s a 96% on Rotten Tomatoes so I figured I’d give it a shot.

It’s a pretty simple concept. A boy in 1980s Dublin wants to impress an older girl so he decides to start a band. Nothing too complicated. Did I mention it’s part musical? Now, I say part musical because it’s not a true musical with singing in every scene. However, it is about a band so there has to be music. It all works though. Just gonna spitball here.

– 80s pop music is sooooooo underrated when it comes to genres of music. The Human League, a-ha, Wham!, Michael Jackson, Cyndi Lauper, REO Speedwagon, etc. The list goes on and on. Oh yeah, I forgot about Duran Duran, who’s song “Rio” will be stuck in your head forever. HER NAME IS RIOOOOOOO AND SHE DANCES ON THE SAND.

-I appreciate when the majority of the cast are no-name actors. It gives you a sense of real, authentic acting. It’s almost as if they’re not trying for the camera because they’re not used to it.

-I’m glad Petyr Baelish took time away from creeping on Sansa Stark to be in this movie.

-If you’re going to be a musical, you have to have good music, am I right? It’s not rocket science. Going with the theme of 80s pop, there are a lot of cool, funky tunes like The Riddle of the Model and Up. However, the best song is Drive It Like You Stole It, which is basically a popier and newer version of Maneater by Hall and Oates.

-Every good movie has a love story and Sing Street had one between Connor and Raphina. In the movie, they are 14 and 16. In real life, Connor is 17 and Raphina is 23. That’s what I like to call “dece.” -I really don’t know who my favorite character is because there are so many to choose from. If I had to narrow it down, it would be between the smooth talking Darren (who honestly looks 12…I think he is 12 (?))

Or the best character of the movie, Eamon. Eamon it is! The dude plays every instrument and is always there for Connor. “Hey man do you want to play a song?” “Sure.” “Another song?” “Sure.” “Want to hurt someone?” “Yeah sure why not.” Eamon, the perfect Yes man. 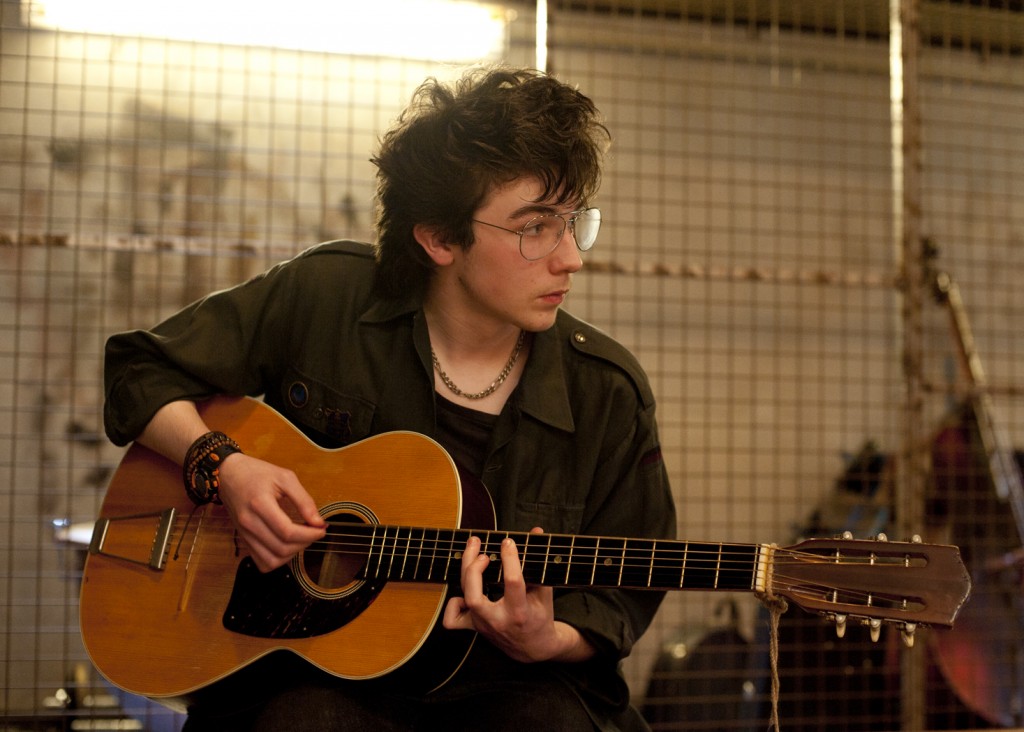 -One of the subplots of the movie is Connor’s relationship with his older brother, Brendan. It’s clear that Brendan is Connor’s hero because he listens to every word he says. If you’ve ever had an older sibling, you always want to make them proud. You always want to impress them. If you’re the older sibling, you want to make sure that you do everything in your power to protect your younger sibling. To make their life better than yours. The movie is dedicated “For Brothers Everywhere” so this theme hits home. *pours one out my my siblings*

I hope you’ll take the time to fire up Netflix and no chill and give Sing Street a chance. It will be well worth your time. Now if you’ll excuse me, I’m going to listen to Drive It Like You Stole It for the 567th time.

P.S. If you want to start a band, just say the word and I’m there, no questions asked.