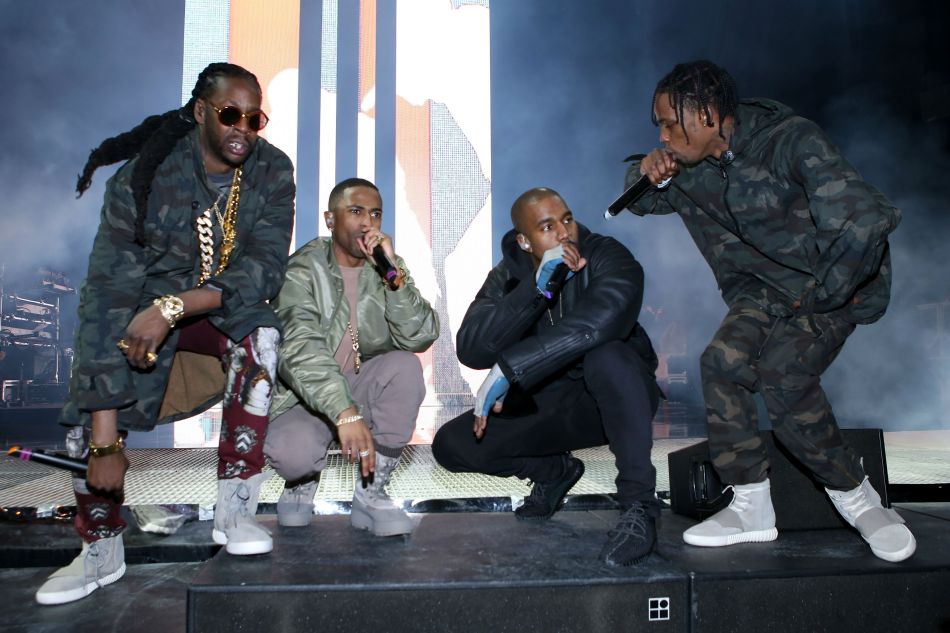 With the release of Tyga’s Kanye West assisted “Feel Me” track last week, it got me thinking about all the classic features Yeezy has given throughout his career. So after deciphering over a decade of guest verses, I did my best to come up with the top 10 Kanye West features of all-time. Let me know which classic Ye verses I missed out on.

Without further ado, the top 10.

It’s a shame Lil Wayne and Kanye West never combined for a true banger in Weezy’s prime. This is probably the closest thing to it, as Ye hops on Wayne’s lead Tha Carter III single for one of his best verses.

After Kanye West said Lloyd Banks was “underrated,” the track quickly expanded from just Banks and Fab. Start It Up went from a duet to featuring Kanye, Ryan Leslie and Swizz Beatz, who were all in NYC at the time.

On impact alone, this song has to make the list strictly based on the names collaborating. Today, you would never see the biggest names in the game at the height of their careers getting together to absolutely murder a track.

Probably the most underrated Kanye feature on this list. This song has Ye’s hands all over it. You can just tell this is from the MBDTF era and West decided to give the track to his good buddy Rozay after he gave the verse of a lifetime on Devil In A New Dress.

This is probably the most recent Kanye feature that I genuinely enjoyed. During the midst of the Yeezus era, Kanye let us know that he hasn’t lost a step in the rap department.

Kanye West did John Legend and Estelle a huge favor when the two linked up for the hottest single in her pop career.

The Game and Ye combined for an epic track as the duo traded fire verses as they gave the industry a reality check and kept it real when it came to the video vixen era rising up in hip-hop.

Yeezy gives the best verse on a track among all-stars, as three legends help boost the career of a young Drake back in 2009.

Jay-Z should’ve known better when he got murked on here even before getting to Watch The Throne. The tune reached No. 2 on the Billboard Hot 100 and won two Grammy awards.

THE MOST ICONIC FEATURE OF KANYE WEST’S CAREER. Yeezy returned to let out the sadness built up since his mother’s passing, and how lonely it can be at the top.

Ne-Yo Featuring Kanye West – Because Of You Remix

Keri Hilson Featuring Kanye West and Ne-Yo – Knock You Down