Just another Tuesday morning in the life of the President-Elect, Donald Trump. Today, he met with his good friend Kanye West, as he strolled into Trump Tower in NYC ready to go for about a 15 minute meeting, which sent social media into a frenzy.

Donald Trump was just asked about Kanye’s praise: “He says I’m his all time Hero” pic.twitter.com/uSrIaP8JfB

If you’re that guy on social media saying “OMG I can’t support Kanye anymore, how could he do this,” chill the fuck out.

When the discussion between the two ended, they were greeted by media members in the lobby of the Trump Tower, where Donald said they talked about “life” and “We’ve been friends for a long time.” The Blonde Kanye did not answer any questions but said, “I just want a picture right now”. Classic Ye.

So why did the iconic duo meet up today?

1) To discuss their collaboration album titled, Watch The Wall. Just kidding, on to the real possibilities. 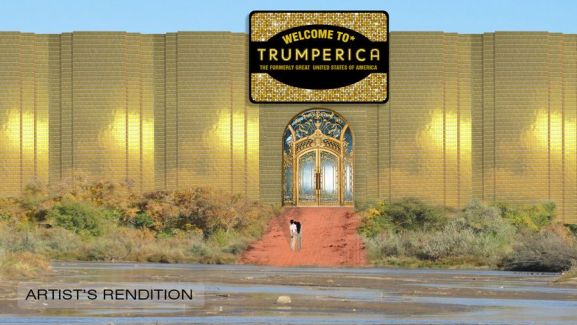 2) Trump wants Ye to perform at his inauguration in January. Kanye has voiced his support of the President-Elect who is still looking for an artist to perform next month.

3) E! News reported that Donald reached out to West’s camp to discuss becoming an “ambassador of sorts,” they also added that Trump wants to get Ye involved in a “entrepreneurial leadership role.”

There still is no official word on what went down at the meeting, but the two did embrace and Trump is overheard saying, “take care of yourself, I’ll see you soon” before Kanye left the building.

I’m all for having Kanye involved with Trump in whatever role that may be. It’s also good to see Kanye is taking care of himself and back in the right frame of mind in society.

I wanted to meet with Trump today to discuss multicultural issues.

P.S. Look at that dap-up, did not expect that from the Don-Juan.

0 comments on “Why Did Donald Trump Meet With Kanye West?”