Damn. Watching that video gets me sad every time. November 30, 2016 marks the 3 year anniversary of Paul Walker’s tragic and horrific death. It’s crazy to think that he’s been gone for 3 years already. Sad, sad stuff. Perfect tribute by Tyrese aka Roman Pearce.

This week is always rough for those of us who really knew him personally 14 years of laugher, hugs and love literally one of the nicest people on HUMAN FEET!!!! Nov 30th we lost an angel! Paul treated everyone with the upmost respect and went out of his way to make everyone feel like they mattered…… I love and I miss you dearly /. We simply ask of you prayer warriors around the world pray for his daughter our niece Meadow Walker and his dear brothers CODY and Caleb and parents and his Besty named Roland and Brandon who were literally with him everyday!!!!!! May God rest your soul we hope we make you proud everyday!!!!! RIH ( rest in heaven )….. P-Dubber!!!!

I figured to get over this sad moment, let’s talk about the movies themselves. The Fast & Furious series is amazing and if you don’t think that, you’re wrong. I think people like to hate on FF because it’s the “cool thing to do.” Don’t be a hipster. Enjoy unrealistic action scenes and explosions while Vin “The Rock” Diesel preaches about family and drinks coronas. Somehow, someway, the series continues to put out fire with every movie. To honor the FF, I have decided to rank all of the Fast and Furious movies from worst to best.

7. The Fast and Furious: Tokyo Drift

GARBAGE. Excuse me while I go throw up. I get trying to do a spinoff, but if Vinny D is not a main character, there is no movie. Plain and simple.

I understand that this marked the reboot of the series, but I honestly was not that big of a fan. It was cool to introduce more characters like Gisele and the “killing” of Letty kept you on your toes, but Braga just didn’t do it for me as a villain.

2 FAST 2 FURIOUS…ACT A FOOL. I know I said get lost if Vinny D is not a main character, but at least Officer Brian O’Connor was back in the sequel. 2 Fast 2 Furious was important for giving the franchise the hottest girl in the series, Eva Mendes, and introducing Ludacris and more importantly, Tyrese aka Roman Pearce. The smooth talking DB wise guy idiot. Roman has so many one liners, but his best line comes when he launches one of the henchmen out of the car. EJECTO SEATO CUZ!

Now, we’re getting to the good stuff. Just a solid action movie all around. This one is like Rocky 3 for me. Middle of the road in the series but it really packs a punch at times. Bringing back Letty was smart because lets face it, Dom would be nothing without his badass lover. Fast 6 is also home to my favorite unrealistic scene in the whole franchise. Letty falls off the tank and begins to plummet to her death. Dom is on top of a car and intentionally crashes it into a barrier in order to catch Letty out of mid air and land on a car across the freeway. GTFO but it’s sick. 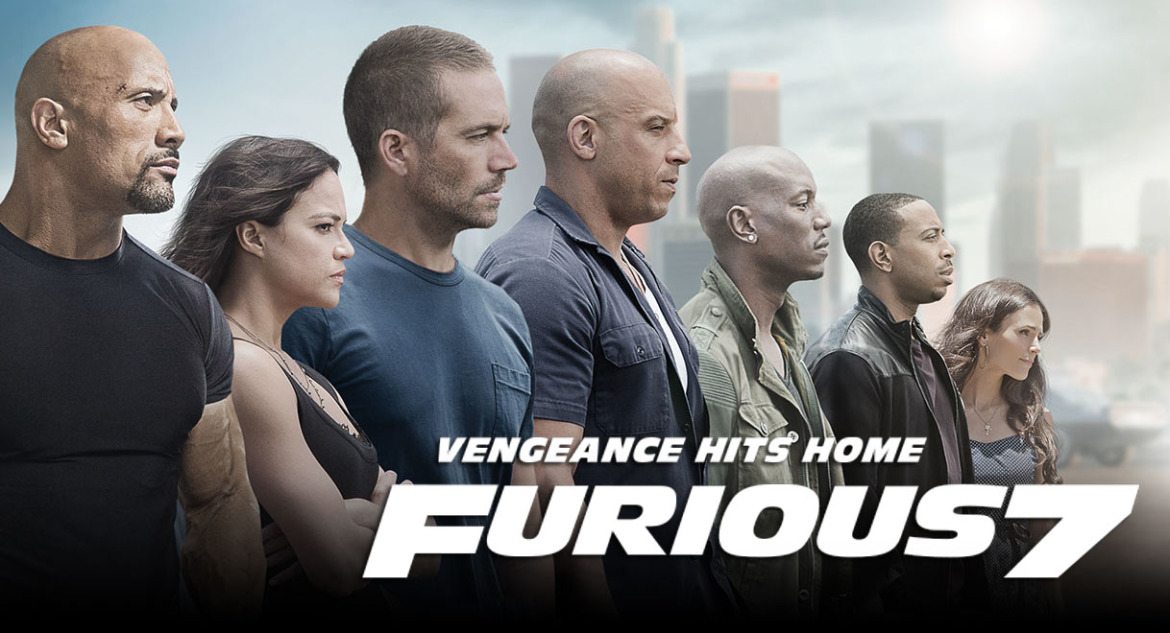 Without a doubt, the most emotional movie of the series. We said goodbye to Brian O’Connor in one of the most emotional scenes in movie history. I went into the movie thinking I’d be able to handle Paul’s death. Wrong. The end was so sad especially when See You Again came on. Besides that, the movie was legit. I feel like there were 100 different villains and missions, but it all made sense. This also has my second favorite unrealistic scene ever. The car driving between buildings. GTFO but still awesome.

2. The Fast and The Furious

The movie that started it all. Just start the series off with a 99 mph fast ball. I actually love this movie for all of the little, subtle things. The fight over a tuna sandwich between Vince and Brian. Johnny Tran saying “Too soon junior” when racing Jesse. Saying the word “Cha Cha Cha.” Race Wars. However, my favorite quote in all of the series is when Johnny Tran gives a speech about how Swat raided his house and Vin Diesel goes ham. I NEVER KNOCKED ON NOBODY 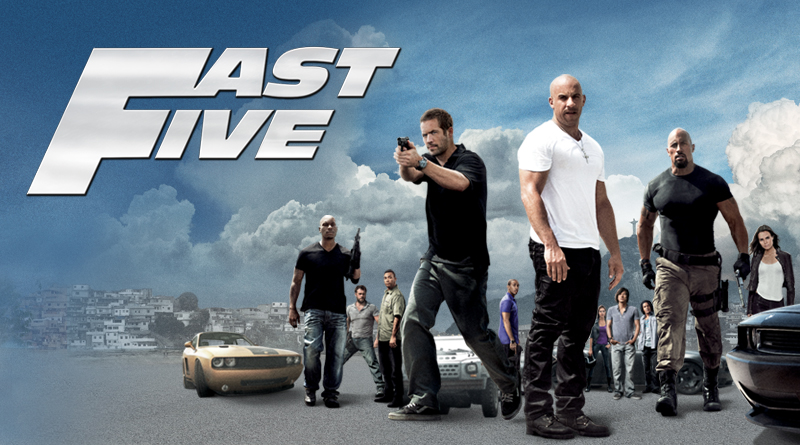 Hands down, the best movie in the franchise. Fast Five is fucking awesome. First of all, any movie with the Rock in it has me sold so bringing him in here was such a monumental decision. I loved the battle between Dom and Hobbs as well as Dom and his crew vs. Reyes. Fast Five has all of the best action scenes. The beginning scene on the train. The running through the slums. The driving of the vault. Start to finish, Fast Five is the best. Simply, This is Brazil.

2 comments on “In Honor of Paul Walker, Let’s Rank The Fast & Furious Movies”