Let’s take it back to 1986. Eric “Eazy-E” Wright is looking for a way to invest his dirty money since retiring from the drug dealing game. He founded Ruthless records and the group known as “Niggaz Wit Attitudes” began to take form. Hip-hop was nowhere to be seen as far as MTV and the Billboard charts went.

The crew eventually became known as the “World’s Most Dangerous Group” and originally consisted of Arabian Prince, Eazy-E, Ice Cube, Dr. Dre and MC Ren. The rap we see today is a far cry from the origins the genre was built on, allowing street poets to vent about everything from poverty and prejudice to police brutality.

N.W.A did just that, pushing the limits of hip-hop, which helped launch rap into what many call the golden age of east coast vs west coast rap in the 90’s. The 2015 N.W.A biopic, Straight Outta Compton, gave us a blast from the past to make the connection of how this crew paved the way for future hip-hop groups. N.W.A was the first rap group to tour across the country, leading to the world tours and headlining festivals we see today from rappers. 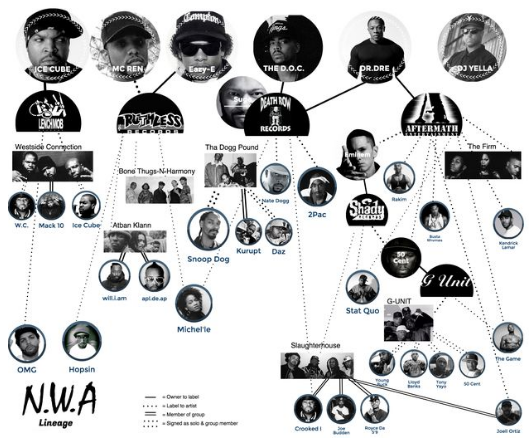 Many superstars were born because of N.W.A. Dr. Dre became hip-hop’s first billionaire after his Beats deal with Apple. Ice Cube is still largely relevant in the entertainment industry as well, with his involvement as a writer and actor in many movies. Death Row Records was formed and launched the solo careers of Dre, Snoop, and Tupac. Dr. Dre later found Eminem and 50 cent. Eazy-E aka “The God-Father of Gangsta Rap” founded a group that contained Will.i.am and also launched the career of Bone Thugs-N-Harmony through his Ruthless Records in 1993. It makes you wonder what could have been for Eric Wright, who passed away from AIDS-related complications in March of 1995.

Hip-hop moved into the mainstream lane of consumption as an estimated 80% of sales from Straight Outta Compton were from whites living in the suburbs. We still see their pop-culture influence today, with records sounding as fresh as today’s sound and their style still being relevant. The black Raiders and Compton snapbacks are a staple of streetwear fashion. 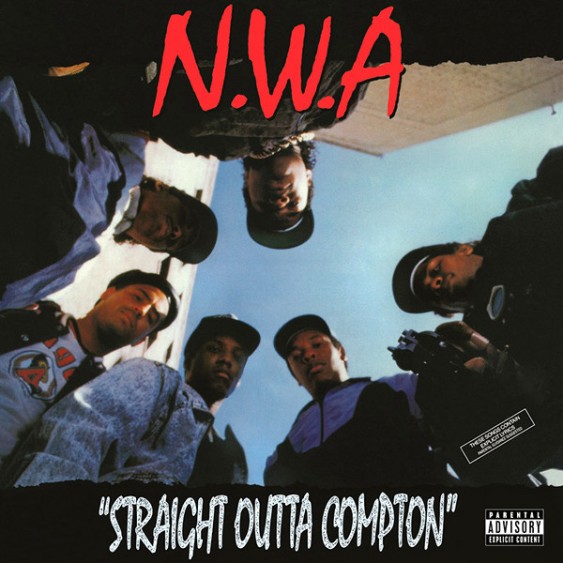 “We changed pop culture in a lot of ways. It allowed artists to be themselves. If you wanted to be raw, a little risqué, you could be. We proved that you don’t have to pretend to be squeaky-clean to get on TV.” – Ice Cube.

Even though they only produced two studio albums and one EP, their impact will never be forgotten, N.W.A certainly moved the needle in society. The group represented what hip-hop is all about.