It’s been three days since the Jets 24-3 loss in Kansas City, and I am still disgusted at how we played. I want to be mad, then I think why am I still surprised by this team? Every year this team just decides to not show up a few games. No matter who the coach is, who the players are, the narrative never changes. The Jets will always fuck you over in the most excruciating way.

This came to me listening to another classic Joe Benigno rant on WFAN radio. In my head I’m thinking how many times have I heard this same exact rant during the last couple years? My mind races back to: Buffalo, Houston and Oakland of last year to name a few.

Now I understand why so many older Jets fans are pessimistic. I used to think it was just a New York mentality or maybe just older people in general, but those older die-hard fans are just broken spirits. You can only put your heart into a team that you know is going to leave you broken so many times. I see myself in those people now. What am I getting mad about? There’s no way this team is winning a Super Bowl. Heck, we’re going to need a miracle to win a fucking Wild-Card. How sad is that. I’ve never in my life (outside of 2008 Brady injury year) gone into a season with aspirations of a division title. Thanks a lot Patriots. 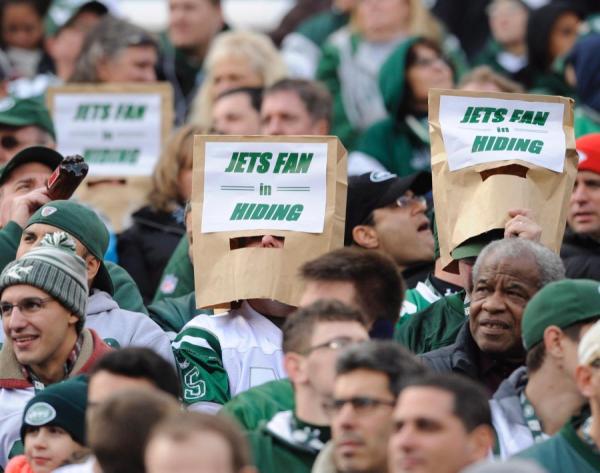 What’s the one thing that Super-Bowl teams contain and the Jets have never had? A fucking franchise quarterback. Can we please get one in here? Never in my life have we had one. The closest thing was Mark Sanchez and Chad Pennington and that is just pathetic. We need to stop teasing the fans with these painful 8-8 seasons that the franchise sells us on hope. I get that this is New York, a tough market to rebuild in. But if we want to seriously win, it starts with a quarterback. Now Ryan Fitzpatrick, this is not an indictment on you. You’re doing the best you can as a career journeyman and I salute your passion for the game.

I plead to Jets management. I am totally okay with mortgaging the future for a quarterback in the draft sort of like the how the Eagles did for Carson Wentz this year. That is unless, we truly believe that Bryce Petty or Christian Hackenberg can be the guy, which I am willing to give them next season.

That is my little Jets rant I needed to get off my chest to avoid insanity. I know they’re going to reel me back in at some point this season and it will probably happen on Sunday with a win against Seattle. But that won’t fool me. I’ll be ready for that kick in the nuts, that knife in the stomach, when that dagger is ready to pierce me later this season.