“If god give me breath for 20 more years I see myself changing the world.” – Tupac

Reading that quote hurts more than ever today, September 13th, 20 years to the day since the passing of the hip-hop legend, Tupac Shakur. Now we are only left with what could’ve been for the Death Row rapper, who left us way too early, at the young age of 25.

2Pac is still one of the most influential figures in hip-hop twenty years after his death, releasing music years following his alleged passing (some people think he’s still alive).

I feel cheated that we didn’t get to experience the rest of what Pac had to give socially, musically, and across other entertainment platforms. Being the son of a Black Panther, Shakur broke down barriers that allowed other African-Americans to follow in his footsteps years later. Pac was the first rapper to give a great performance in a movie, playing Bishop in the 1992 film, Juice, which opened eyes to a whole new audience.

I think about if Kanye was killed at 25 how much we would’ve missed out on his advancement of the culture. Pac had that aurora about him. Greatness was ahead. I couldn’t tell you exactly what, but this man and his relentless work ethic would’ve changed the world more than he had the chance to already do.

The west coast rapper’s music is timeless, and his records still bump two decades later. All Eyez On Me has moved over 10 million copies, making it one of the best rap selling albums ever. Shakur was ahead of his time, and the issues he spoke about are still prevalent in society today.

Tupac talking about overthrowing the government 20 years ago today

he got shot 3 days later pic.twitter.com/oqVONduCz1

One of the most complex individuals ever, Shakur’s legacy is forever ingrained in hip-hop, as his music and actions helped define the golden age of rap in the 90’s.

The Juice actor’s influence also transcended pop culture with his lyrics, persona, tattoos and ideology still being used 20 years later. It was more than just music.

It’s a shame the West coast vs East coast beef came to the murders of Pac and Biggie. I do think it woke up the rest of the community that the tension had to end for the genre to progress.

Today, I wear my Tupac shirt proudly bumping his braggadocios records for what he did accomplish, but my mind always wonders to what could have been, for the creative genius that is Tupac Amaru Shakur.

The Las Vegas boulevard shooting remains a mystery to this day. 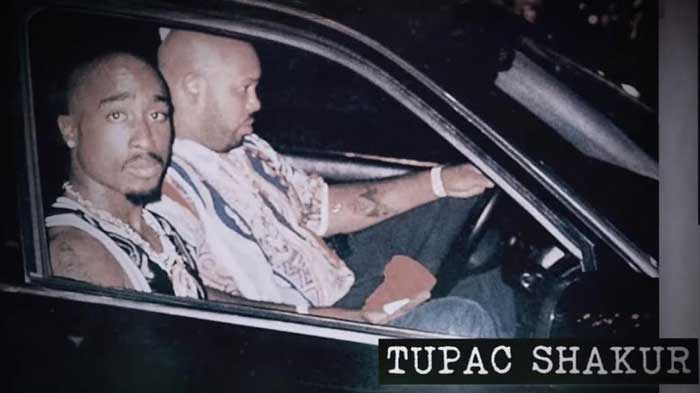 Makaveli may have lived for just a quarter century, but his spirit carries on in us for a lifetime.

Check out the new trailer for the upcoming Tupac biopic, All Eyez On Me below.

0 comments on “20 Years Ago Today The World Lost An Icon: R.I.P. Tupac Shakur”